MotoGP, Jarvis: “Razgatlioglu is determined to stay in WorldSBK, for now” 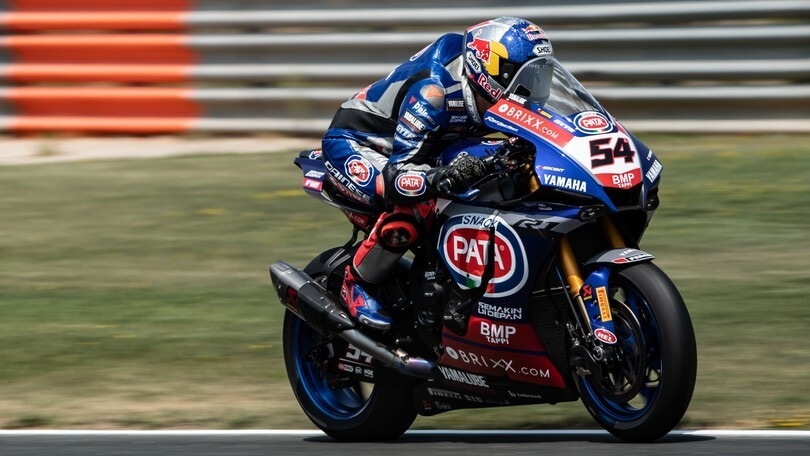 The man of the moment in Superbike is Toprak Razgatlioglu, championship leader with the same points as Jonathan Rea, the Turk having proved that he is more than able to hinder the progress of the six-time champ. The next battle will play out this weekend, at Magny-Cours, with the Yamaha factory rider having attracted the interest of Lin Jarvis, who wants to move him to MotoGP as soon as possible. The two parties have already met.

There has been a meeting

The Red Bull Ring paddock was the backdrop for the first meeting and the Brit told BT Sport: "Toprak and his management were in Austria and we were able to talk a little. The conversation about his future was really nice”. But this doesn’t mean that it went to plan, at least for now. Yamaha was keen to bring the Turk over to MotoGP, on the Malaysian team, but this project is postponed for now: “He’s determined to stay in Superbike and wants to win a championship or two in that category”, explains Jarvis. He is also very happy where he is, his manager Kenan Sofuogflu confirming that he’ll remain in the production-derived series for at least two more seasons.

The Brit looks to the future with optimism

As for a timeframe, Jarvis goes on to explain: "He can’t wait to become champion this year before deciding whether to switch championships as the seasons finishes too late. He’ll clearly compete in Superbike again in 2022”. This is clear and it is perhaps for this reason that Andrea Dovizioso has now been confirmed as the ‘new-entry’ on Razlan Razali’s team. "But if this year he were to become champion and he continues to ride well next year, then why not bring him over here?” muses Jarvis. He’s talking about 2023, but only time will tell.

WorldSBK, Rea: “Magny-Cours suits the characteristics of the Ninja”