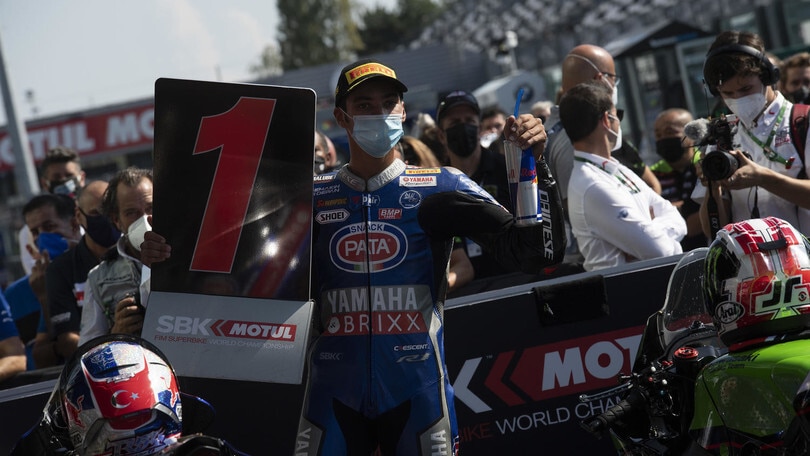 Having won race 2, the Turk continues to lead the way with a 7-point advantage over the current world champion, despite relegation to second place in the Superpole Race

Toprak Razgatlioglu and Jonathan Rea continue to arm wrestle at the top of the riders’ standings. Having scored two wins and a second-place finish when he was relegated for running onto the green during the final lap of the Superpole Race, the Turk lies in first place with a seven-point lead over the Northern Irish Kawasaki rider. The two title contenders hold 370 and 363 points respectively.

Results over the French race weekend see Scott Redding slip further away from his title dream. The English Ducati rider, who was 38 points behind Razgatlioglu before Magny-Cours, now has a 72-point deficit, although he also has a reassuring margin of 112 points over fourth-place rider, Andrea Locatelli, who has moved up into fourth as a result of Lowes’ crashes in race 1 and race 2.

Lowes lies four points ahead of the other Italian, Michael Ruben Rinaldi, who is followed by the BMWs of Sykes (159 points) and Van Der Mark (154). Gerloff and Bautista round out the top ten.

Razgatlioglu will no doubt be frustrated to have lost the Superpole Race win but he’ll soon have a chance to fight back at the next round, taking place in Barcelona on 17-19 September.

WorldSBK, Razgatlioglu and his “stoppie”. Do you think it's dangerous?