WoldSBK, Razgatlioglu heads to Barcelona to conquer the Kawasaki fort 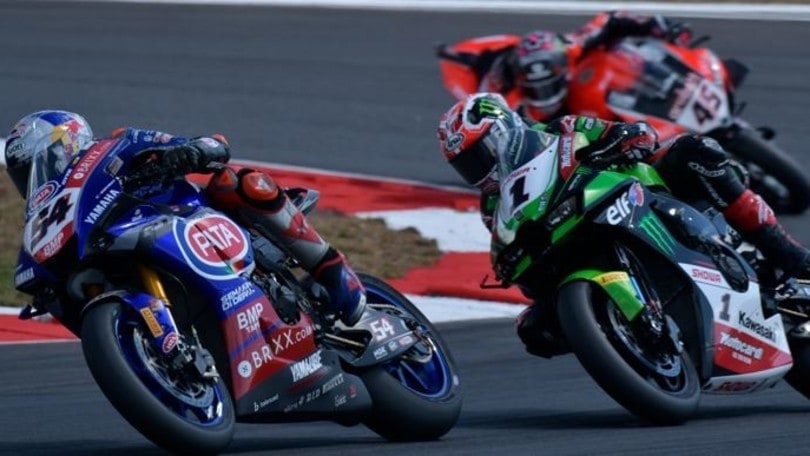 The Turk knows that the Montmeló circuit is just a stone’s throw from Johnny Rea’s team KRT Provec base, which will need to defend itself from a Yamaha attack. For Redding and Ducati a last chance to remain aboard the train to success

Barcelona and the Montmeló round represent part one of the SBK triple-header comprising Catalunya, Jerez de la Frontera and Portimão. Great, also because the production-derived bikes are more battle-ready than ever, in a season that’s proving to be a real show.

Considering the championship standings - Razgatlioglu with 370 points, Rea 363, and Redding 298 – we’re in for yet another battle of the three Rs, with Toprak and Johnny leading the way in the title fight. The trend lies with the Turkish Yamaha rider, though he was "fooled" at Magny-Cours, the effects of which will continue to be felt in Spain.

And this is why the Turk will want to finish ahead of the Cannibal as much as possible. To "get revenge" for what happened in France, and he wouldn’t mind beating the six-time champ at his home round either. But isn’t that Donington Park (and where he already did so)? Yes, but just down the round from the Barcelona circuit is the HQ of KRT Provec, the factory team linked to Kawasaki.

Redding to tip the balance? Ducati and the Italians sure to stand out

Scott can be quick with his Panigale V4 R at Barcelona, Jerez and Portimão. The 2020 stats say so, and this is confirmed by the fact he continues to be the strongest Ducati rider. So in the Razga-Rea fight, the Italian will serve to tip the balance, whether he likes it or not.

At the Catalunya Circuit – ready to host the SBK for only the second time – we also expect strong performances from the young Italian trio made up of Andrea Locatelli, Michael Ruben Rinaldi and Axel Bassani.

The event also sees the return of Samuele Cavalieri, who did well during the first three rounds of the season. So, the Italian troops have everything they need to do well. While the red bike arrives as the favourite, both for its performance and because Montmeló has the characteristics to showcase its power along the straight and stability through the turns.

WorldSBK: Samuele Cavalieri to return to Barni Racing as of Barcelona