WorldSBK, Razgatlioglu and Rea? The favourite at Jerez is Redding 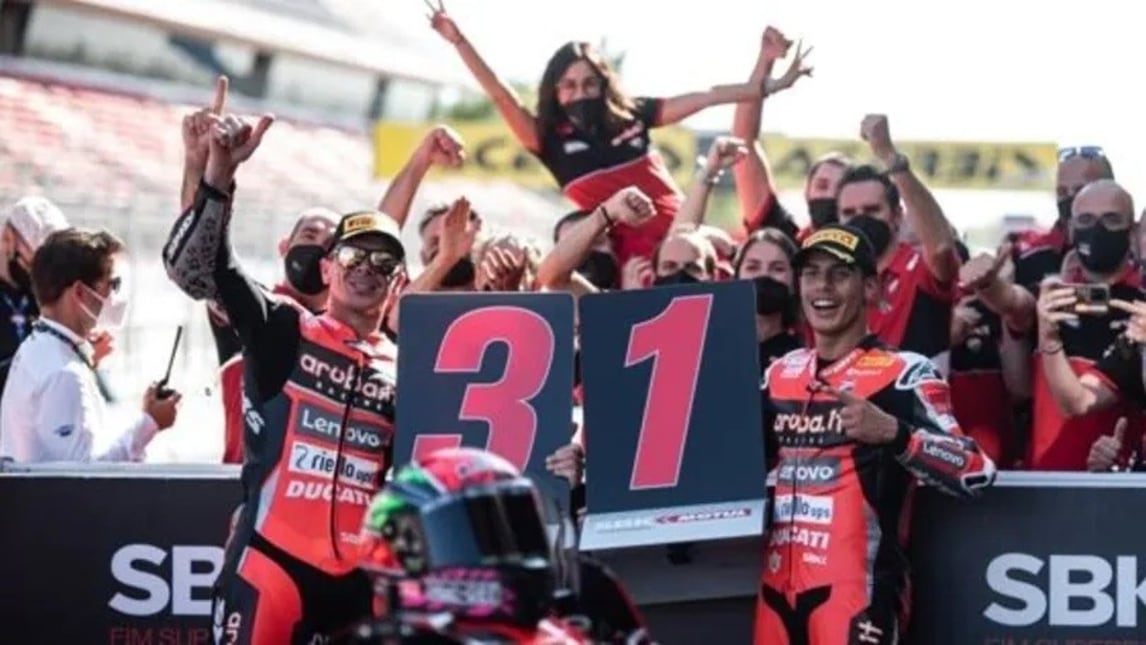 Toprak and Johnny might be fighting for the title but it’s Scott on the Ducati who’s the one to watch out for over the Andalusian weekend.

With the first of three back-to-back events already in the bag, the SBK stars now prepare for Jerez, a track that the production-derived bikes often visit for pre-season development testing. In 2020, the first round back after lockdown was held here, and it proved to be a good one.

It was August and sweltering hot. Not that next weekend will be cold, but it won’t be like last summer. We hope. In any case, it is Scott Redding who’s the favourite. Why? It’s clear from his mental state, his speed, and the fact he’ll be looking to repeat last year’s performance.

It was a double win for #45 as he slid into the corners. The V4 R was strong and he exploited this fact, the British Bulldog even finishing second to Rea in the sprint race, the only race he didn’t win. Spurred on by a recent win and podium at Barcelona, he is the man to beat this weekend.

Look out for Rino, strong at Montmeló and headed into Jerez

Separated by just one point right now, Toprak are Johnny are well aware that, as well as looking out for Redding on the red bike, they also need to keep an eye on the other Ducati, that of Michael Ruben Rinaldi.

Appearing energised at Barcelona, “Rino” did the best over the three days, scoring a win and a third place in the races. Similar to his team-mate, although the latter is currently more convincing. And this is why the Italo-Venezuelan is another good bet this weekend.

And then comes the rest of the field, all keen to score strong results. Andrea Locatelli, confirmed by Yamaha. Alex Lowes, ready to defend his team-mate, the Cannibal, Montmeló wrist injury permitting. Axel Bassani, the revelation of 2021. Garrett Gerloff, called upon to perk up the season. Alvaro Bautista, a Jerez expert.

WorldSSP: Bulega and Ducati Aruba ready to debut in the category in 2022