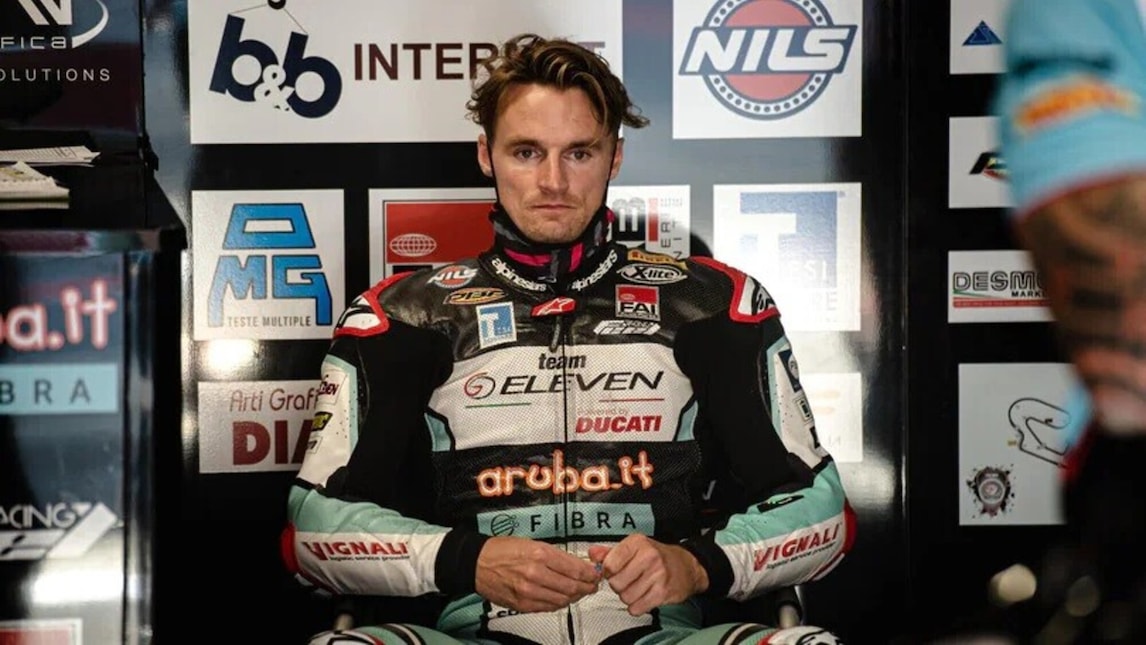 At 5.45 pm CET the Welshman will reveal his future plans, after being released from the hospital after his accident at Barcelona. At 34, could he be about to bid farewell to racing?

The news comes like a bolt out of the blue. Chaz Davies will be at Jerez but he won’t race, rather he’ll be confirming his future plans. Just a few days after an accident at Barcelona saw him sustain two fractured ribs, and with the rider only having been released from hospital yesterday, the Welshman has called a press conference for later today (5.45 pm CET) in which he will speak about the future.

And the clues seem to lead in only one direction, or rather that of retirement. At 34, the number 7 rider is having a challenging season with the Ducati V4R of the Go Eleven team, the squad having welcomed the Welshman after seven seasons spent with the factory Borgo Panigale squad. Might the injury at Montmeló constitute the straw that breaks the camel’s back?

We can only wait until later today to find out whether the talented Welshman’s career has in fact reached the end of the line.

WorldSSP, Sofuoglu to return with Puccetti Racing at Jerez