WorldSBK, Davies calls time: “Racing is important, but it’s not everything” 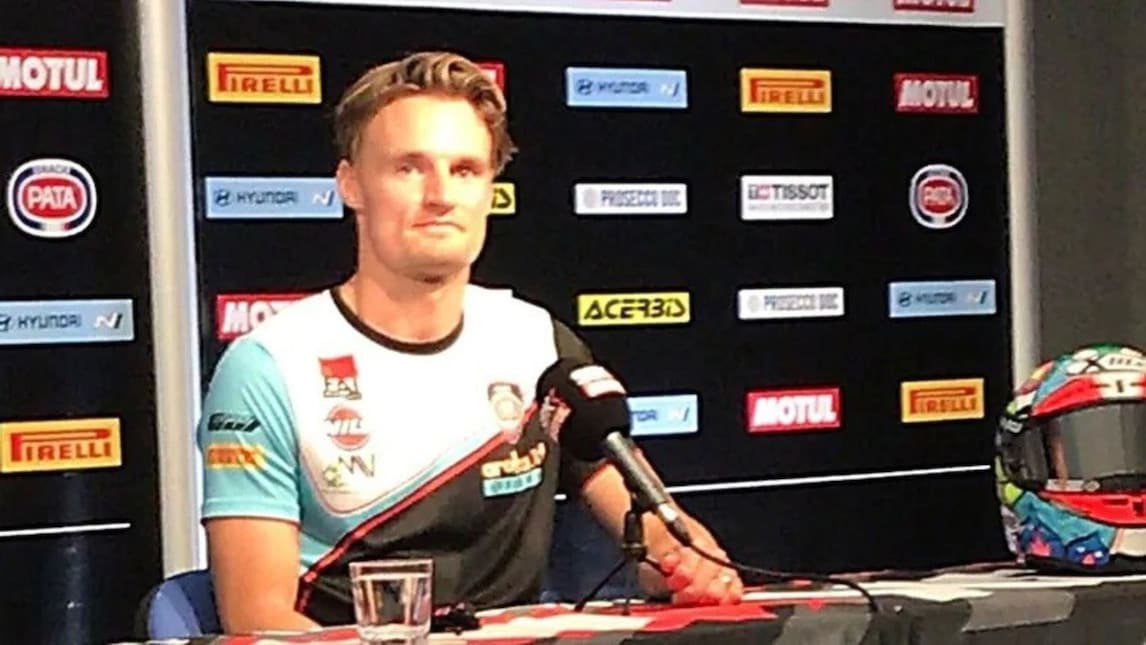 Chaz announces his retirement from racing at Jerez: "I don’t know if I’ll continue riding bikes, now is not the time to think about it. I’ll have time to spend with the family, remembering the many racing experiences"

A media room set up just for him. A lot of people in different team shirts. Two screens, on which to replay just some of his many achievements. And, centre stage, the man himself, as he concentrated on finding the right words and sipped from a seemingly endless glass of water.

Chaz Davies has called time on his career. The Welshman will retire from racing and, therefore, from SBK. He’s thought long and hard about it and recent events convinced him: "I have to say – he said with a smile – it’s great to see you all here. As soon as I mentioned the conference, I started to think about changing my mind but… no, it’s right like this. I’m ready to go".

Thirty-four years old and so many trophies lifted high, a title win in Supersport with Yamaha and runner-up positions in the Superbike category, one in which he counts 32 race wins and 99 podiums: “I’ve shared incredible seasons with every member of staff, I’ve been lucky to race for so long".

Ducati, or rather magical moments

In SBK, Chaz has competed for various manufacturers. Aprilia and BMW first, then Ducati. And it was on the red bike that he spent the best part of his career: "Magical moments with Ducati – he says emotionally – especially at Imola, a circuit just down the road from the company in Bologna".

Davies struggled to hold back tears: "The people, the bike... the atmosphere. Will I continue to ride? Maybe a supermotard, we’ll see. I don’t know, I’m not thinking about that right now. I’ll have time to spend with the family and I’ll enjoy every single moment. Racing is important, but it’s not everything. I’m growing up, I’ll find something to do”.

And we don’t know whether the Knighton rider will be back on a bike in the future: "I might do some testing but, I’ll say it again, now is not the time to think about it. Last year I ended the season with a win, in Portugal. I was left with that taste of success and so I tried with Go Eleven, a new team and new people. I’m leaving some fantastic people".

WorldSBK Jerez, Rea: “We need to solve our Barcelona issues”