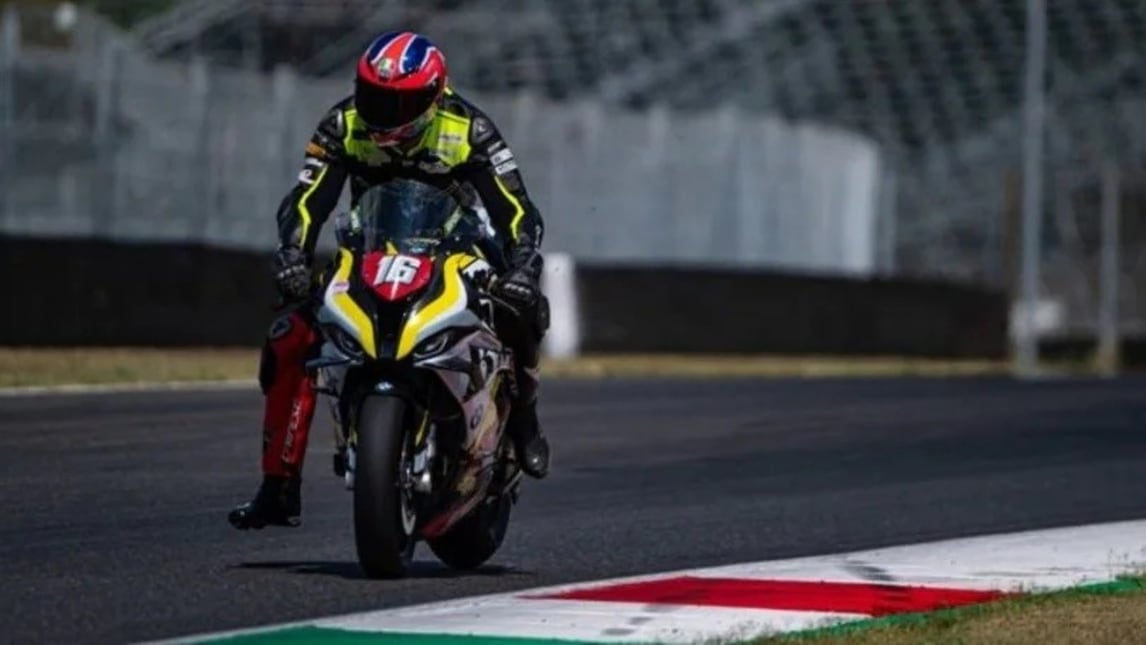 The 21-year old Italian will be back in action in the world championship, competing in Portugal with the same BMW team with which he races in the Italian CIV

The number 16 rider you see in action here is Gabriele Ruiu, a young Italian rider, on the brakes of the Bmaxracing Team’s BMW. Braking is one of the 21-year old rider’s strengths in fact, and one he is putting to good use in this season's CIV Superbike championship and National Trophy 1000.

The final act of the Italian season will play out at Vallelunga, but first up is an international round, the Italian and his team set to travel to Portimao where they will wildcard in what is the final European WorldSBK round.

The track is not new to Gabriele as he raced there in Supersport in 2019, even reaching the points zone. A return to the world championship is a good thing for both the rider and the white, black and yellow team, their M1000 RR often causing difficulty for rival bikes in the category.

WorldSBK, Davies calls time: “Racing is important, but it's not everything”