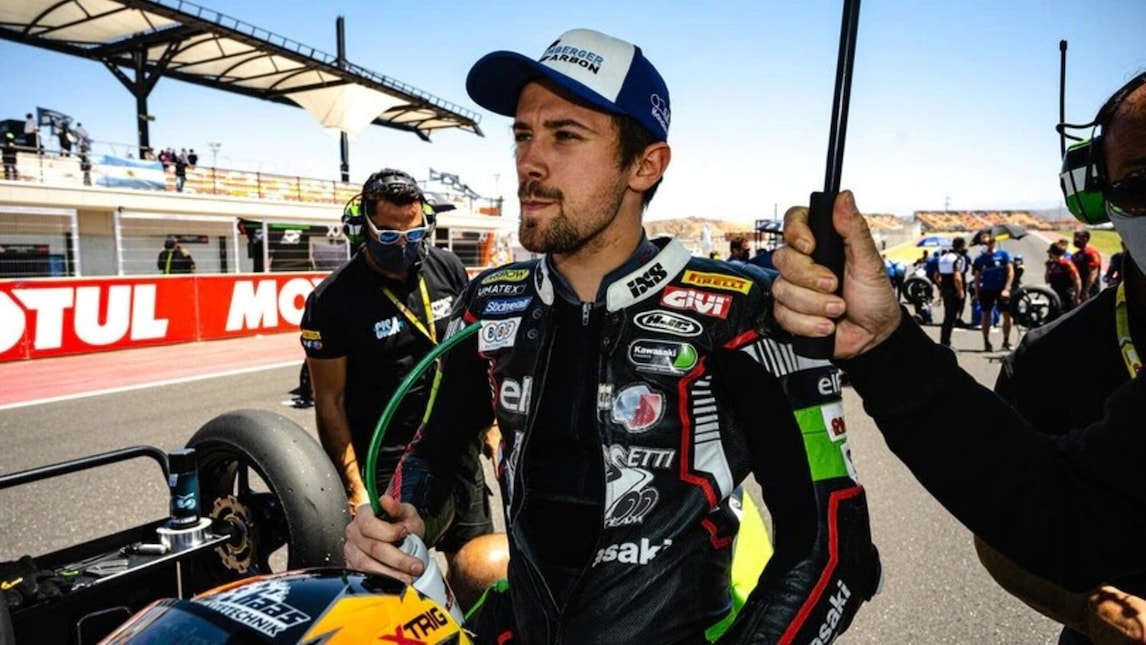 The Kawasaki team and the German are set to go their separate ways, the latter seeking a ride in the reigning class. Having missed out on Baz and a move to Yamaha, the Ducati team might seize the opportunity

When it comes to the riders' market, it’s not unusual to come across ‘triangles’, the breakdown of one pairing leading to the creation of another, for a domino effect that is easy to explain but harder to execute. We can see an example of this in Superbike/Supersport right now, with the Puccetti team, Philipp Oettl and team Go Eleven taking centre stage.

The first aspect regards the marriage between Oettl and the Kawasaki team in Supersport, which is coming to an end after two seasons. Having scored eleven podiums over the two-year period, the German rider is looking for a change of air, handing the reins to team-mate Can Oncu, who continues to grow and was on the podium in both races at the recent Argentina round.

Boosted by his past in the MotoGP paddock and the positive results achieved in Supersport, Oettl is now looking for a new seat, in either SSP or Superbike. Various teams in the top class have already announced their plans for 2022, but not all of them, team Go Eleven a case in point.

Seeking an alternative to Baz

The Italian team needs a new rider to fill the gap left by retiring Chaz Davies and by Loris Baz, who will move to BMW (Bonovo) after having shone with the Go Eleven squad during the Jerez and (particularly) the Portimao round. In recent weeks, a “Yamaha plan” had also taken shape, with a potential move to the Japanese manufacturer and the arrival of new BSB Superbike champion Tarran Mackenzie, but the negotiations with Yamaha broke down, this option therefore ruled out.

And so it is that their paths meet, Oettl in search of an opportunity in the reigning class and Go Eleven in search of a rider. The German has made his feelings clear, also offering a financial contribution but the negotiations are still ongoing, the next weeks looking to be decisive. Oettl’s rivals for the ride include Federico Caricasulo, although he remains one step behind for now.

But let’s not forget the Puccetti team in all this as, while they will continue with Lucas Mahias in Superbike, the squad now needs a new rider to flank Oncu in Supersport. Help might come from Kawasaki itself, which wants to bring a BSB rider to Manuel Puccetti’s team.

There has been no mention of names but if we look at the Supersport standings in the British series, riders who stand out include Ben Currie, who finished the 2021 season in second place with a win at the last Brands Hatch round and Eunan Mcglinchey, Currie’s team-mate on the Gearlink Kawasaki team. With so many names available, the remaining seats will undoubtedly soon be filled.

WorldSBK: Lecuona and Vierge the new Honda riders for 2022