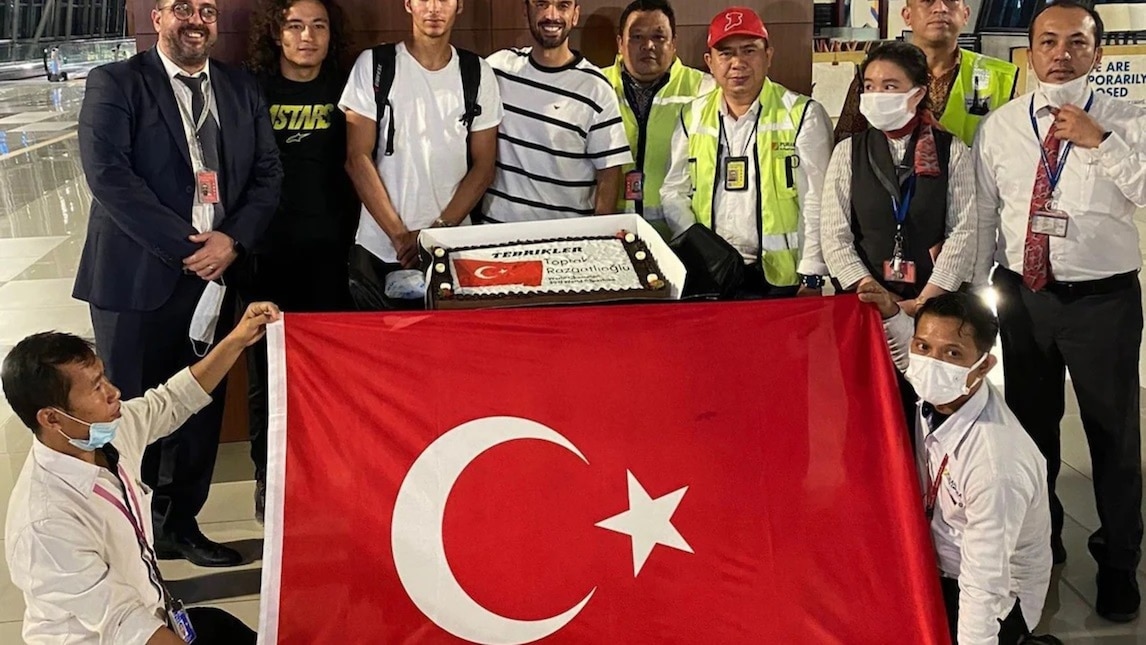 As the champion travelled home, Turkish Airways presented him with a cake on his arrival at Jakarta airport. The first of many celebrations

Toprak Razgatlioglu often talked about just how much Turkey wanted to see his title dream become a reality one day and, now that this has happened, there will be celebrations across the country. It’s not every day that a country like Turkey gets a home-grown world champion, and so celebrations are definitely in order.

Toprak best be ready for the parties, and these began before the Yamaha rider even arrived home. As he landed in Jakarta (from Lombok), Razgatlioglu was the guest of honour at a surprise party, hastily organised by Turkish Airlines.

A delegation from the company presented Toprak with a big commemorative cake. A prelude of what’s to come over the next few days, when Turkey will celebrate its first ever WorldSBK champion in style.

MotoGP, Stoner and Rossi as team-mates? “Somebody at Yamaha didn't want me”