WorldSBK: Bautista half a second from the MotoGP bike at Jerez 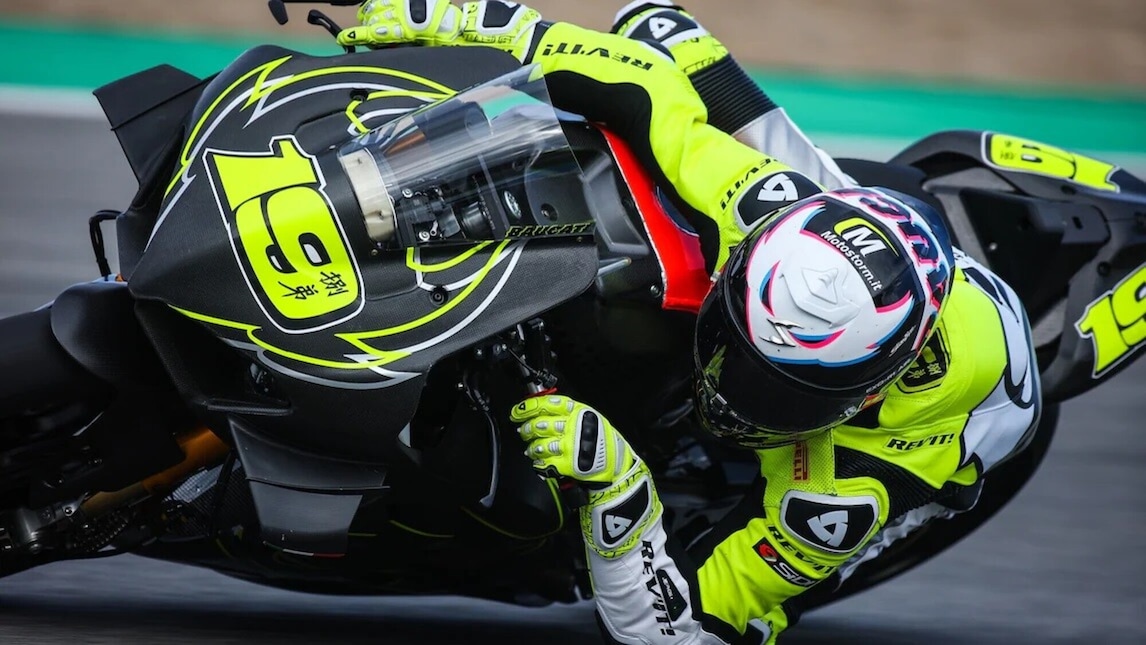 The Spaniard has good impressions of the Panigale at the end of the two-day test in Andalusia. Positive V2 feedback from Nicolò Bulega

With the 2021 season now over, Ducati is already looking to the 2022 Superbike World Championship, which will see the return of Alvaro Bautista after two difficult years with the HRC Honda.

The Aruba.it Racing team has been out on track at Jerez for a two-day test, to allow the Spaniard to regain those automatisms aboard the Panigale, the rider immediately setting some very positive lap times in the process.

Alvaro didn’t hold back, completing 96 laps and setting a best time of 1’39.119. A reference that saw the number 19 rider finish just half a second from Michele Pirro, who set a 1’38.560 (the best time of the session) aboard the GP22 that the Bolognese team will field in MotoGP next year.

Third on the list was Sylvain Guintoli, Suzuki MotoGP test rider, just 0.050 of a second from Bautista, followed by Nicolò Bulega, who set a 1’42.952 with the Panigale V2. The former Moto2 rider completed 61 laps with the bike that he will race in WorldSSP, the track time having helped him to build confidence with the team he’ll compete for next season.