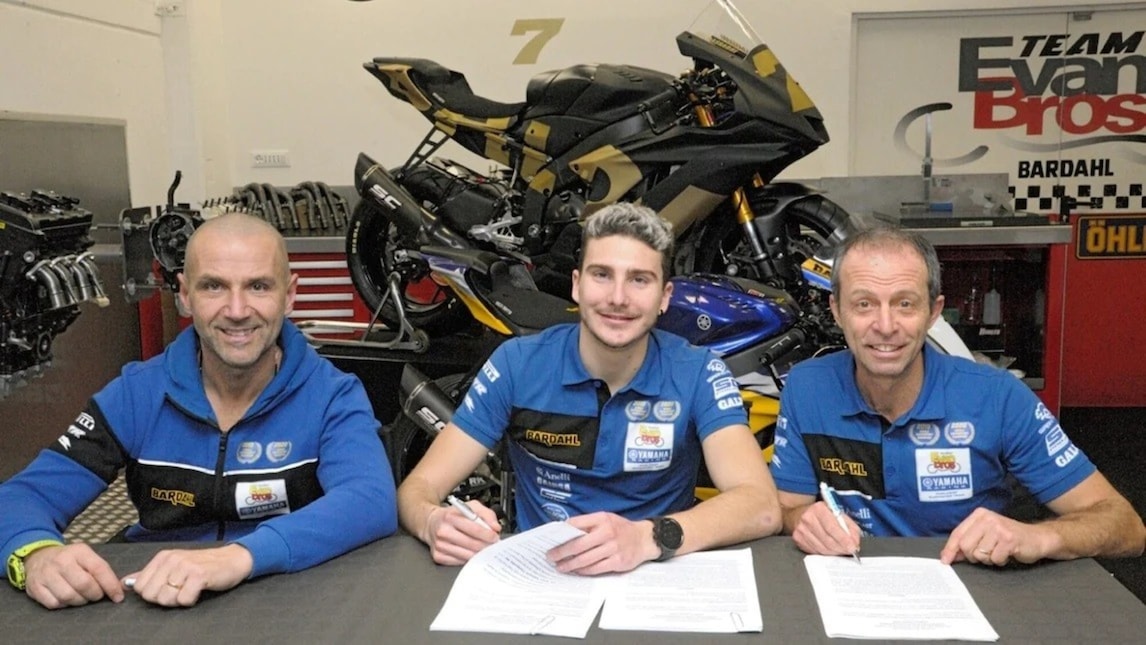 After a complicated Moto2 season, “Balda” moves to the production-derived championship with a top team, where he will flank Peter Sebestyen

It's all change for Lorenzo Baldassarri. Having competed in Moto2 and Moto3 for several seasons, the Italian rider will now take on the Supersport challenge with the Evan Bros team and the Yamaha R6. He will join Hungarian rider Peter Sebestyen, already confirmed for the 2022 season.

Having amassed five wins and twelve podiums in Moto2, “Balda” struggled more than expected in 2021, opting for a new challenge in the production-derived paddock in a season that marks the start of a new era for the intermediate class. His clear goal will be to fight for the title, with the support of one of the championship’s most successful teams.

Baldassarri: “I’ll be part of a solid project”

"I’m looking forward to a new challenge in the World Supersport Championship. I'm very happy and motivated so I'll be preparing as best I can to be ready for the start of the season, scheduled for April 10th” comments the Italian. “I would like to thank the people around me who support me and the team, who believe in me and have given me this opportunity. I'm sure I've been included in a very solid project with very professional people. My main goals are to give always my best, adapt to the category as soon as possible and start immediately to fight for positions that count.”

Evangelista: “Lorenzo will be able to express his full potential”

Team principal Fabio Evangelista had this to say about the team's new recruit: "I'm very satisfied to have finally completed the lineup of the team. After “saying goodbye” to Steven Odendaal, to whom I'd like to say a special thank you and with whom we fought for the title right up to the penultimate round, and confirming Peter Sebestyen, in whom I have great confidence, we managed to finalise the agreement with Lorenzo. I believe that Lorenzo, together with the whole team, will form a very strong and highly motivated duo. I have only got to know Lorenzo personally over the last few months, and day by day I liked him more and more: I am sure that thanks to the family atmosphere within our team he will be able to show his full potential again.”

SBK: a first taster of the 2022 season at Jerez