MotoGP, Marquez: “I don’t wish what I’ve been through on anyone, I’m happy now” 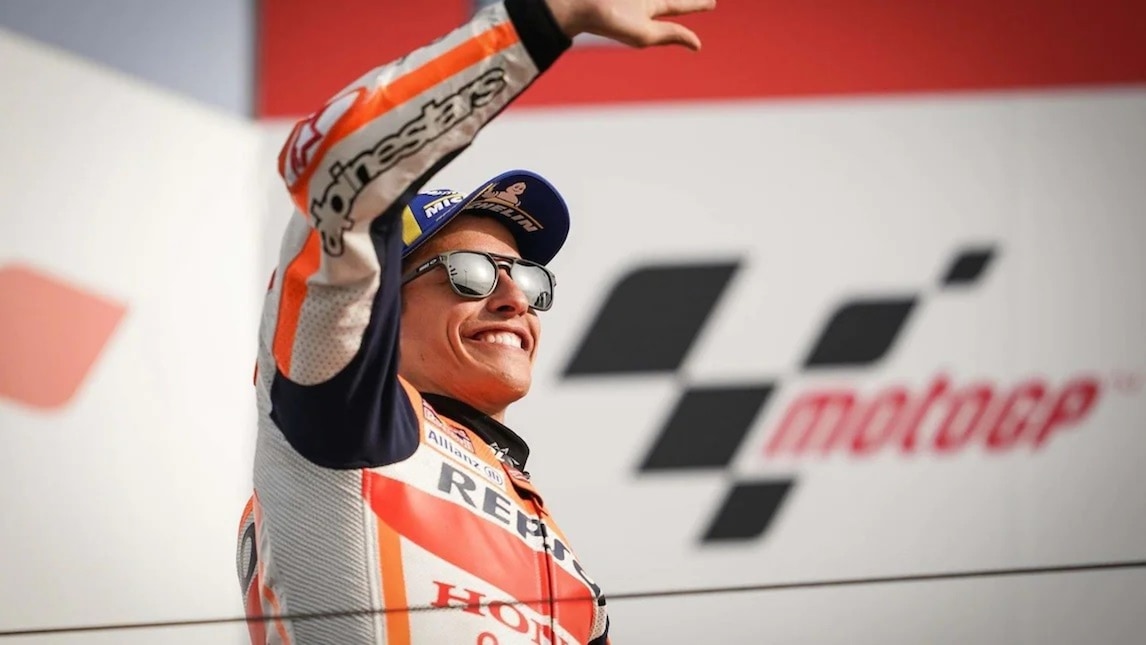 "The first test went well, but now I need to ride at a real track. Until then, I won’t know whether I can test at Sepang or not. For weeks I tried to forget the world"

It’s been 82 days since Marc Marquez last won a MotoGP race, 82 days that have also brought a series of plot twists. Just as everything seemed to be improving, diplopia knocked on Marc’s door, sending him spiralling back into hell, the rider hoping only to fly high again as soon as possible.

“The accident occurred on a day like any other. I was riding enduro at a track near my house when I crashed through a right-hand turn and hit my head”, recounts the Spaniard. “I got back up anyway and completed my training. I went home and it was only a few hours later that I started to have problems, so I called the doctor, who told me to keep calm because the problem can often sort itself out in just a few days. Unfortunately that wasn’t the case, but if you want to be the best in the world, you have to train and take risks”.

Things are much improved now, something we can see from the smile on number 93’s face as he talks about his situation.

“I’m very happy now, while the last three months were really tough. Eye problems are never simple, but luckily things have got better day by day. I’ve been following all the doctors’ advice since the incident and it’s been a long process, as it involved the same nerve that was affected in my 2011 incident, which in this case also involved a muscle. I’ve had a check-up this week and fortunately things are improving as I thought”.

The months spent at home haven’t been easy for Marc, who states that he wouldn’t wish what he’s been through on anyone.

“Mentally speaking, it’s been one of the most difficult periods of my career, the fourth winter in which I’ve had physical problems. After I won at Misano, everything seemed to be going well, but then a new injury came along. You have to stay positive in life, and I wouldn’t wish what I’ve been through in recent months on anyone. Right from the day of the injury, the goal was to be back on track for the first test or the first race, and I think we’re on the right track”.

And if anyone is wondering how a champion like the Spaniard survives without his bike, here’s the answer.

“I tried to forget the world, living a normal life with my loved ones, particularly in the first weeks. It was difficult of course, also because it’s not easy to have a normal life with an eye problem, but when you get back in the saddle, the feeling is perhaps better than ever. In any case, the problems I’ve had, I wouldn’t wish them on anyone.”

Marquez: “The team is planning a new test”

The worst appears to be behind him, and the first MX test that he completed a few days ago is no doubt an encouraging sign.

“I got back on an MX bike because it’s similar to the one I hurt myself with and needs real attention, so it was an important test bench. It all went well, so now I’m thinking about the next step. The team is organising a test at a real track, maybe with the CBR that I rode last year when recovering from my arm injury”.

Thoughts turn quickly to the Sepang test, but Marc confirms that he’s still to make a decision about that.

“An eye problem is no joke and you can’t head out on track ‘just to try’. I’d like to have got straight on the bike but experience has taught me to be patient, also because even the doctors were unable to give me a specific recovery time at first. I’ve gradually got moving again, first on the bicycle and then with the MX bike, but before confirming whether I’ll be in Malaysia or not, I need to do another test, so that I can see whether I’m really 100%”.

What is certain is that an operation appears unnecessary right now, and his shoulder also seems to be healing well.

“it doesn’t look like I need surgery for now, but the doctors and I want to see how my eyes react at a real track. There are many things to understand before I can be given the OK to ride in Malaysia. If there’s not enough time to solve the issues I’ll need surgery, but that doesn’t like likely for now. My shoulder? It’s definitely better, but for now I need to focus on my eyes.”

Honda presents its 2022 season, from car racing activity to the desire to win