MotoGP, Marc Marquez back on an RC213V-S: a first step towards his return 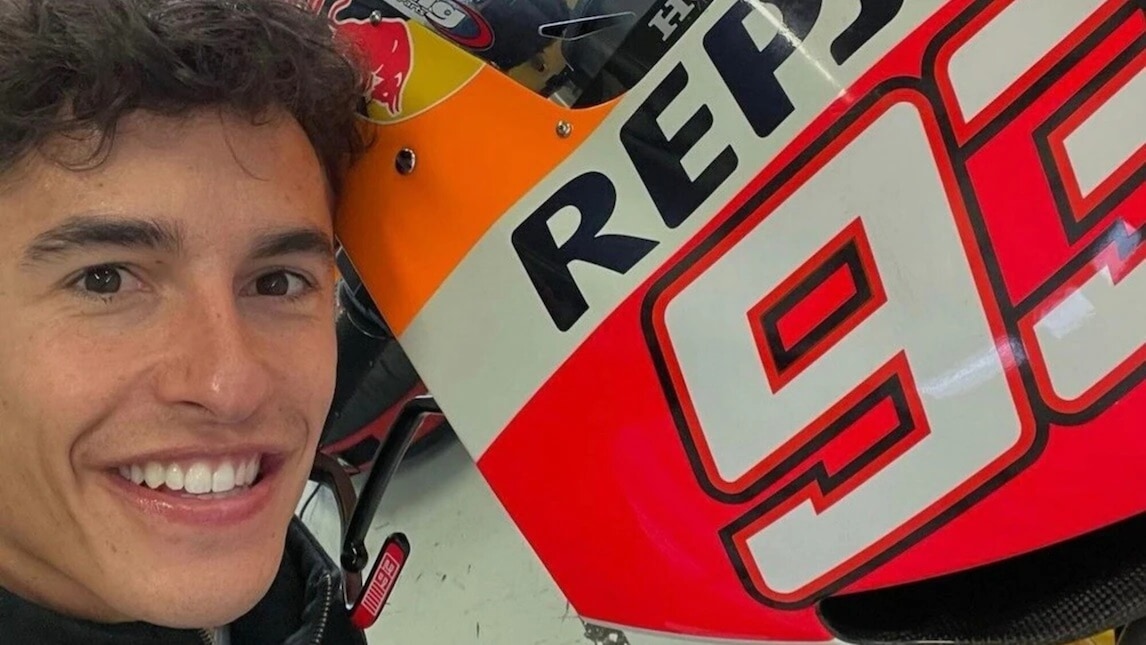 The Spaniard rode at Portimão yesterday and had good things to say. Now he has to see if he can attend the IRTA test at Sepang, but he looks to be on the right track

Yesterday saw Marc Marquez smiling in a way we hadn’t seen in a long time. The Honda rider, who has been forced to stay away from the tracks since he was diagnosed with diplopia in October, was finally back on an RC213V-S, riding at the Portimão track.

A taste of normality

It was definitely a special Sunday for Marc Marquez. An average day for a rider, but a special one for the Spaniard who has once again been out with injury. Up before dawn, he headed to the Portimão track with brother Alex and was greeted by members of the Honda team, including crew chief Santi Hernandez, who had prepared an RC213V-S for the Spaniard to use as a training bike.

Marc completed many laps of the track, despite the undulation that makes it so physically challenging. But Marquez was looking to test his vision rather than his physical fitness and, from his happy face at the end of the day, it appears that things went smoothly.

“I’m pleased to have experienced the sense of speed again” - commented the Spaniard come the end of the day. Does this mean we’ll also see him at the IRTA test, set to run at Sepang on 5-6 February? Nothing is confirmed as yet, but Marc’s now over the first hurdle and is back on a bike, his eyesight apparently not a problem.

MotoGP, Marquez: “I don’t wish what i’ve been through on anyone, i’m happy now”