Dakar, Picco’s physiotherapist reveals all: “He’s still a kid on a bike” 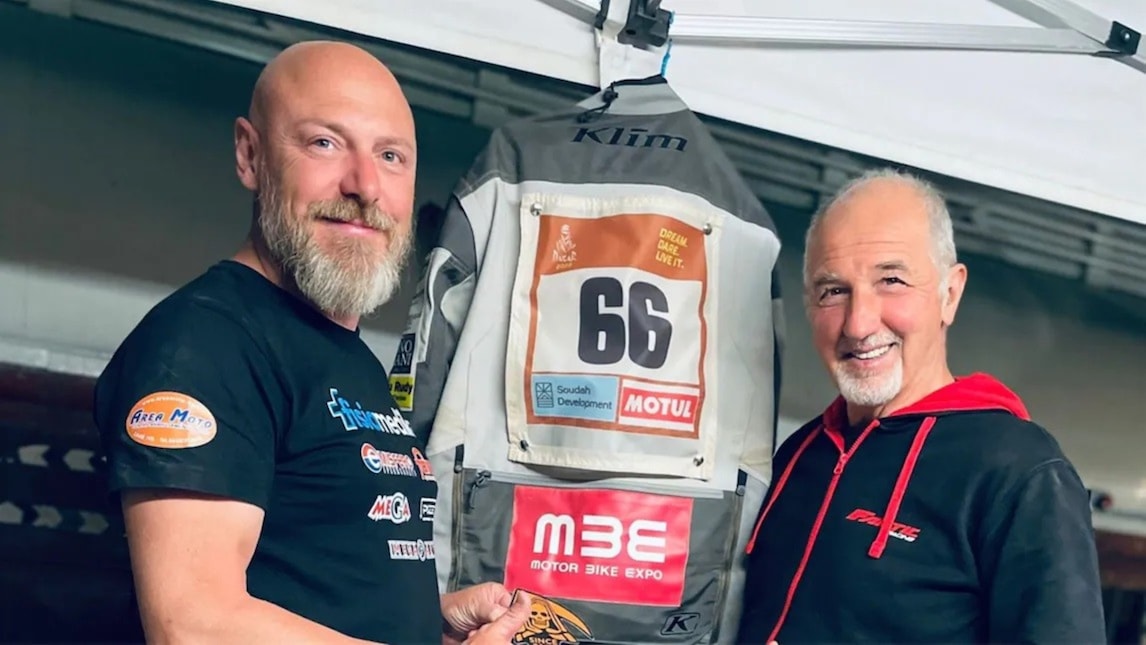 From the Clinica Mobile to a totally different environment like the Dakar. Doctor Filippin talks about his experience with his hero and the other Italians

The Dakar bivouacs also accommodate those who look after the riders’ bodies, which are subjected to significant stress during the two-week event. This year saw physiotherapist Luca Filippin attend for the first time. After almost twenty years with the Superbike and MotoGP Clinica Mobile, Luca had chance to experience this exciting event up close, alongside Franco Picco among others.

What brought you to the Dakar?

“It was thanks to legendary rider Franco Picco. I was helping him with his preparation earlier in the summer and at first we just mentioned it as a joke. And then things started to take shape, and ultimately, I agreed to join him. My support was then extended to another team too, RS Moto, and so I looked after many other Italian riders, namely Giovanni Gritti, Francesco Catanese, Nicolas Monnin, Julien Barthelemy, and privateers like Giovanni Stigliamo, Domenico Cipollone and Paolo Lucci”.

What treatments did you provide?

“I was doing manual therapy for any muscle congestion and then classic physio treatments with bandages and taping for minor strains and the like. I found myself applying dressings for blisters on the hands, something I'd not done since finishing with the Clinica in 2016. There was some tendinitis and inflammation of the spinal column, classic effects of motorcycling that you see across all disciplines. Of course, rally riders are not just racing for 45 minutes but for several hours, so it’s very challenging and their joints, wrists, elbows and shoulders all come under stress".

“Something totally different with respect to the racetrack. It’s a very warm and familiar environment, everyone helps each other and is very open. There’s none of that odd atmosphere you find in some disciplines. It’s all much easier, everyone eats together and spends time together. It was a little like going back in time to when the SBK and MotoGP paddocks were like that”.

When did you start working in the world championships?

“In the early 2000s and I finished in 2016. I spent 17 years with the Clinica Mobile. My first race was in SBK at Phillip Island, then I went to Sugo in Japan, which had been a dream of mine since I was little”.

What will you take away from this experience?

“A great deal, and I’ll remember one thing in particular, because Franco Picco has always been a hero of mine. While he might be 66, he’s still like a kid on the bike, with all the moves, and then when he gets off he’s a 66-year old man with the difficulties and tiredness that can bring”.

Monica and Carlos, married in the name of Valentino Rossi and the World Championship