MotoGP, Quartararo admits: “At Portimao I realised 2021 was my year” 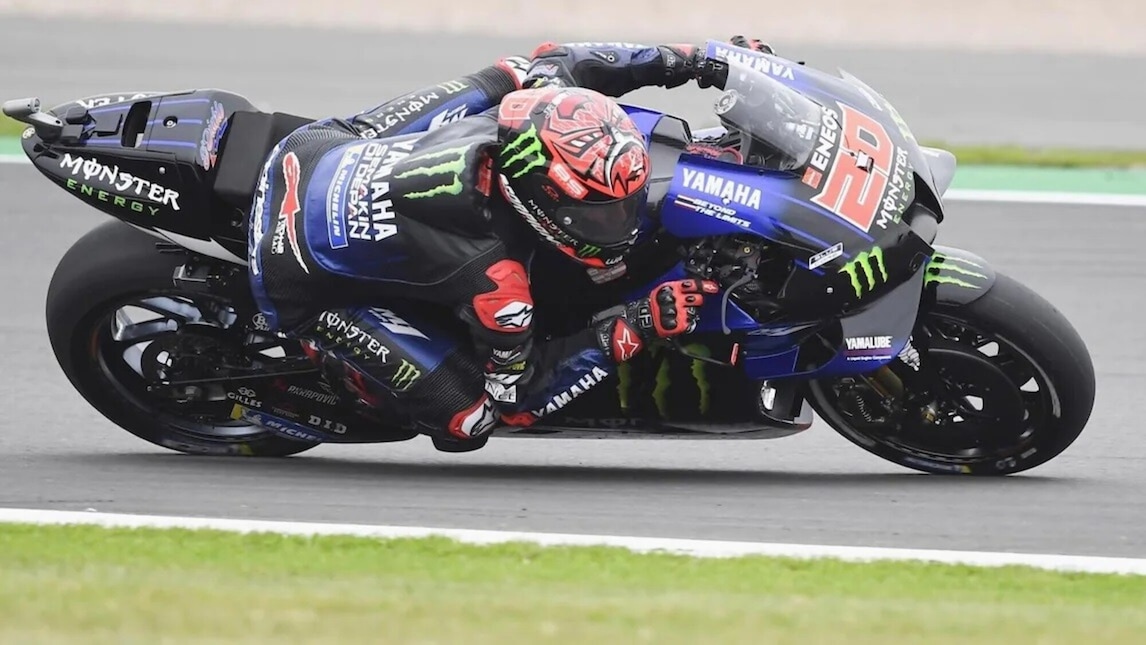 The Frenchman describes those standout moments in which, still on the bike, he realised he was the new MotoGP world champion…

Fabio Quartararo’s MotoGP title win was undoubtedly well deserved, coming at the end of a season in which he was strong and consistent. The Frenchman finally got his hands on the trophy after the Misano GP, making the most of his first match point, when his main rival Francesco Bagnaia crashed while leading the way.

As he thinks back to that time, the Frenchman tells Dazn: “In a fraction of a second, I looked ahead and saw a bike in the gravel and thought, ‘Jack crashed early on, so it must be Pecco’. Then I looked at the maxi screens and told myself, ‘I’m world champion now’. And I could barely ride any more”. At that point, every second that separated him from the finish line seemed eternal, the rider admitting: “I prayed for them to wave the chequered flag”.

From disaster to triumph

As the race ended, the emotions were unleashed: “As I crossed the line, rather than thinking about all the great moments, it was the worst moments that popped into my head as I realised I had become world champion. It was an amazing feeling”. His family and inseparable friend Tom had planned a celebration that “I shared with those I love most. It was an incredible party that I’ll always carry with me. In 2016, my mother in particular was crying with sadness. This time, we cried with joy”.

Yamaha had put its trust in him

Expectations were high as 2021 got underway, there’s no denying it, particularly considering what the Frenchman had done over the previous two years while competing for team Petronas. The move to the factory team brought the expectation that he would be making history, but Fabio comments: “I was taking the place of Valentino (Rossi) and it was even more stressful to see all those people around me”. Having scored fifth place in the first race Qatar and then winning the second, he flew to Portugal where he enjoyed further success: “When I won at Portimao, I told myself, 'This is my year’”. And so it was…

Monica and Carlos, married in the name of Valentino Rossi and the World Championship