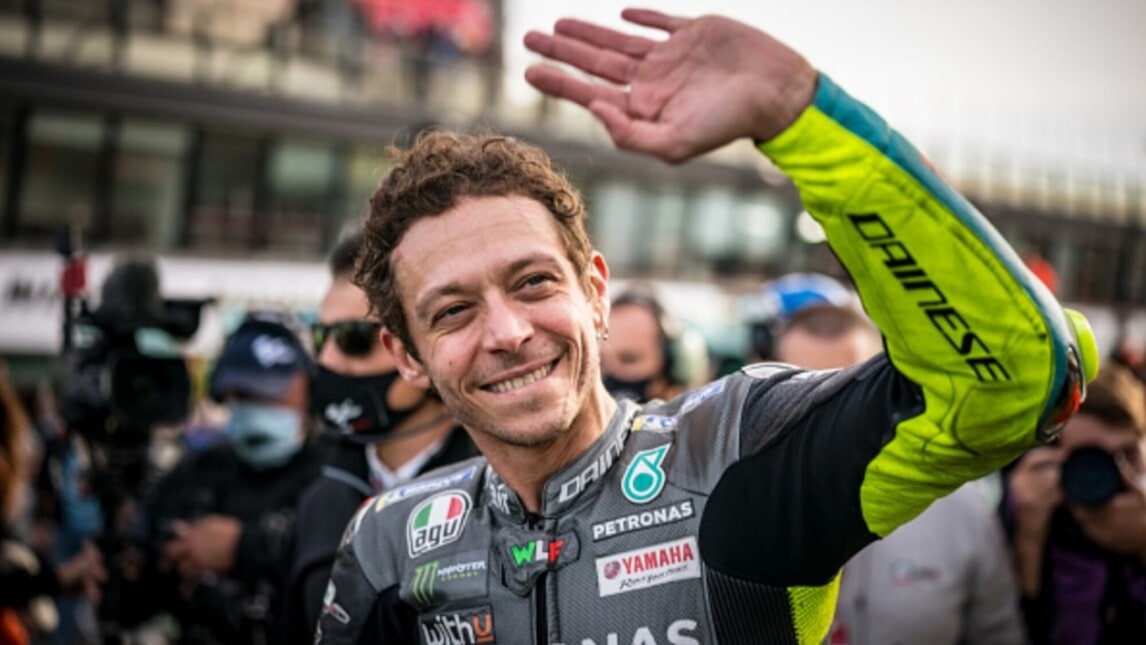 The Doctor talks about his departure from the reigning class: "I didn’t want to stop, but during the pandemic I realised I could live without MotoGP"

During a long interview with American journalist Graham Bensinger, Valentino Rossi covered a range of topics, from his relationship with girlfriend Francesca Sofia Novello and imminent fatherhood, to some of the highlights of his long racing career.

He also spoke further about his retirement from MotoGP, which came after a complex season with team Petronas.

Valentino: “I didn’t want to have any regrets”

''I always worried about how my career would finish. I didn’t want to stop, but during the pandemic I spent two months away from the bike. That helped me realise that I could live without it”, explains Valentino, before analysing the episodes that led him to call time on his world championship career.

“The first time I thought about retiring was in 2019, the season in which I started to have the first problems”, admits the nine-time champion. “After Austin, we returned to Europe and I’d lost that speed. And then came 2020, a strange year. I thought I’d stop there, but everyone pushed me to continue, and so I raced in 2021 too”.

A decision that prevented him from retiring while at the height of his career: “I’ve raced ever since I was 4, but now my life is changing completely. I’ve seen many champions bow out while still at the top of their game, not me, I wanted to continue because I was enjoying it and because I didn’t want to have any regrets. In my last races, I finally realised what I was able to put together during my career, it was hard to let go. Ten days after Valencia I was feeling down, but I made the right decision”.