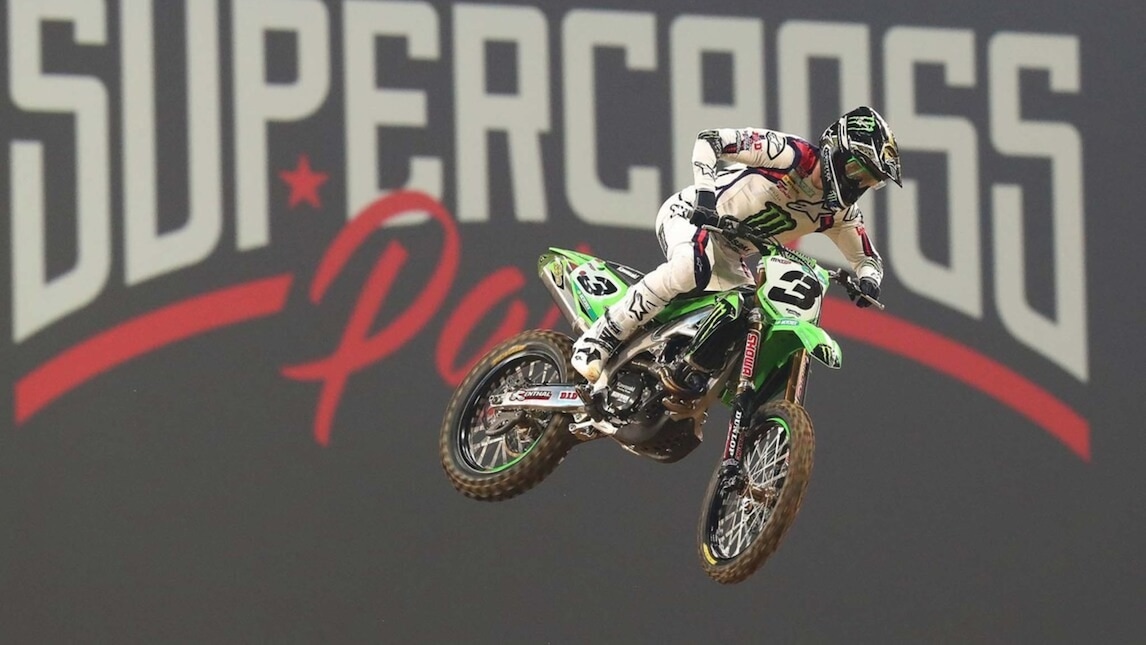 This year’s MXGP championship runner-up has undergone surgery on his right leg, having sustained fractures during the second Supercross race in Paris. His recovery time is still uncertain, two and half months before the start of the next FIM MXGP World Championship

After suffering a bad accident during the second of three Supercross races in Paris, Romain Febvre underwent surgery on Sunday. The factory Kawasaki rider will now have to rest up for several weeks before he can start preparing for the 2022 season, which will kick off on 20 February in the UK.

Having been transferred to the Ambroise Pare di Boulogne Billancourt hospital where he underwent further tests, Romain was then operated on by Bernard Hollier-Larousse and Victoire Bouveau to reduce the double tibia-fibula fracture to his right leg. The surgery went well and Febvre is confident he can make a full recovery.

Romain Febvre: "I know what it means and I’ll come back stronger!"

Romain Febvre: “That definitely wasn’t how I wanted to finish the season! I was happy with my riding, I wasn't taking any risks and was feeling increasingly at ease at the track when I crashed. I’ve recovered from injury many times throughout my career, I know what it means and I’ll definitely come back stronger.”

MXGP: Maxime Renaux moves up to the reigning class