Dakar: Petrucci’s hopes hang by a thread after he retires from the stage 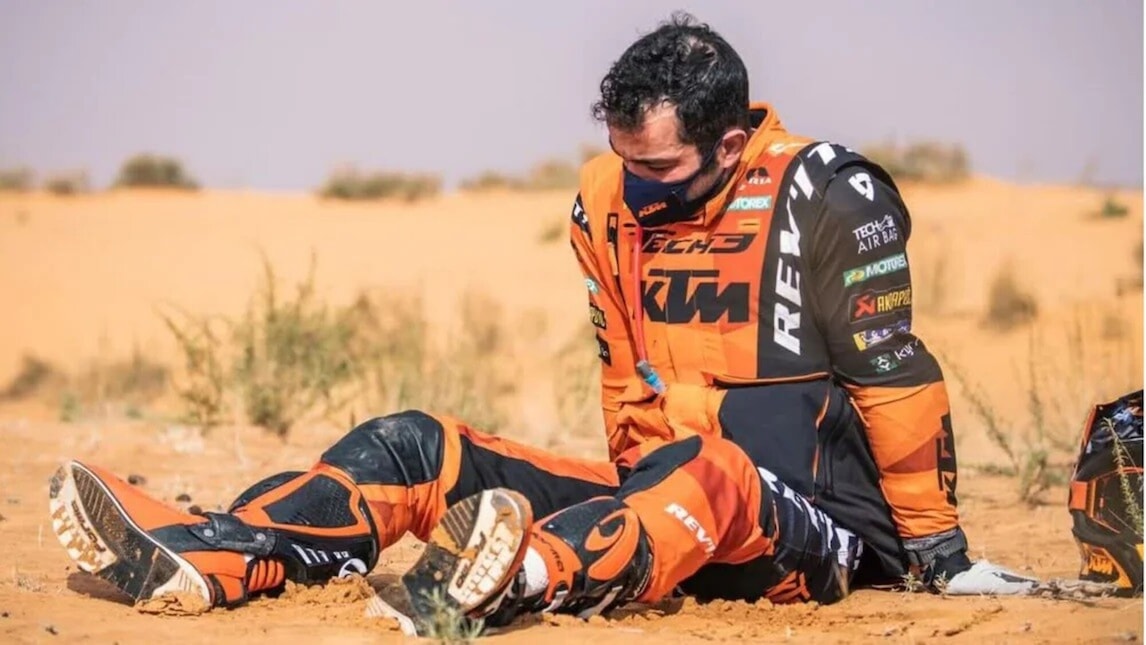 The Italian was forced to abandon the second stage of the rally due to a technical problem. The rules would allow him to restart on Tuesday, but with a significant penalty

The Dakar can be cruel, and Danilo Petrucci has quickly realised this as he participates in the rally for the first time. The Italian was putting together an excellent debut, placing thirteenth at the end of a first stage that left the likes of Joan Barreda, Kevin Benavides and Toby Price in difficulty.

Petrucci: “I was having fun, then…”

The KTM rider made a good start to the second stage, which ran on Monday from Ha’Il ad Al Qaisumah, and was lying fourth just four minutes from the front at the 80 km waypoint, but a technical problem stopped him and his 450 Rally Factory Replica at km 115.

“I was going really well, I was very fast in the first part and was having fun”, a disappointed Petrucci told the Dakar TV channels. Petrux continued: “I’d reached the two riders in front of me, but then my bike suddenly turned off. I don’t know if it was the fuel pump that broke or something else, but I tried to repair it, moving the fuel from front to rear, but unfortunately there was no way”.

Petrucci and his team might be able to count on the “jolly” formula, which would allow the former Tech3 rider to restart tomorrow, but with a significant penalty that would prevent him from aiming for a strong result. As we write this, the 31-year old is awaiting news as to the damage so that he can understand whether it might be possible to rejoin the race.

First Triumph, and now Ducati and MV Agusta look to MX and Enduro