IDM: Dominic Schmitter announces his retirement from racing, at 27 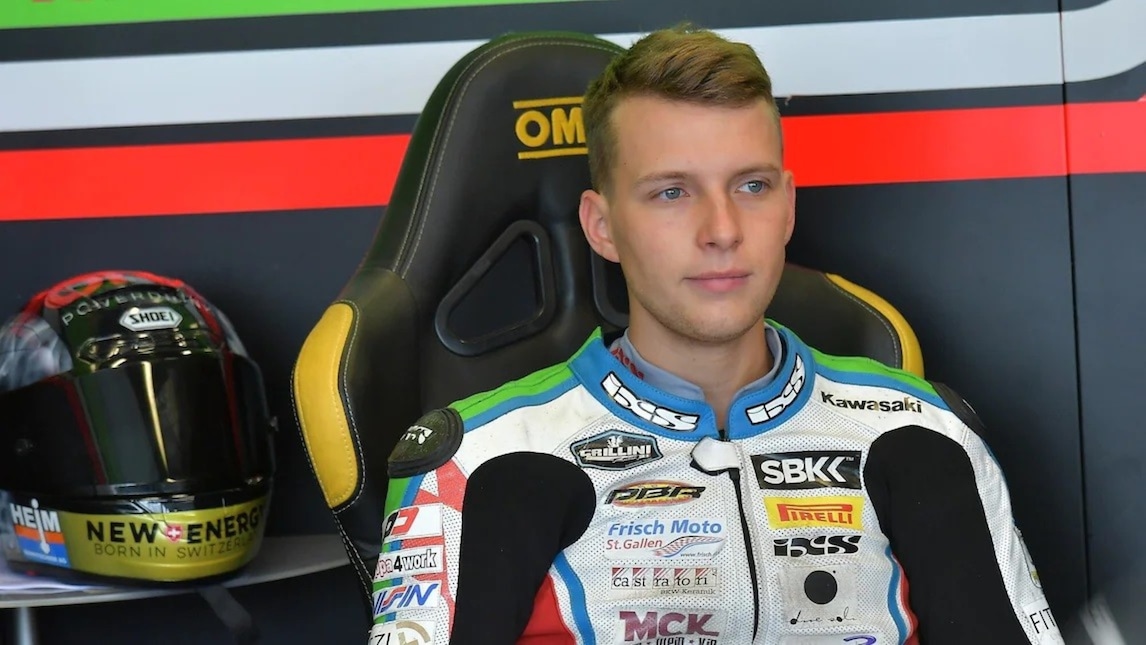 A former WorldSBK competitor and a star of the German series in recent years, the Swiss rider has decided to hang up his helmet after a serious accident last year

The 2021 IDM Superbike season came to a premature and nasty end for Dominic Schmitter after he crashed and injured his back and pelvis during practice at Assen in August. He was unable to return to the track as a result. Although he has now recovered, the Swiss rider has decided to put an end to his career as a professional rider, after several seasons in which he battled for the German national title and competed in many Superbike and Supersport races with Kawasaki, Suzuki and Yamaha.

Schmitter: "All because of a riding error"

After announcing his retirement, Dominic spoke about the Assen incident: "It all came down to a riding error. I was making a very fast lap and had caught Florian Alt, but the rear wheel began to slide as I exited the corner and I couldn’t hold it, causing what seemed to be a normal highside. But I landed in front of the bike, which then ran over my neck".

"I remember I was dizzy and fainted in the middle of the track, only waking up fifteen minutes later in the medical centre”, continues the Swiss rider. "I’m not sorry to be honest, because I wanted to stop racing anyway, but it’s not nice to have to end like this. Anyway, I’ve started a course to become a sports riding instructor and think that my future in the world of two wheels lies there".

Valentino Rossi and Mooney, a partnership that goes beyond the Bikes