Valentino Rossi on the attack in the Gulf 12 Hours: info and TV schedule 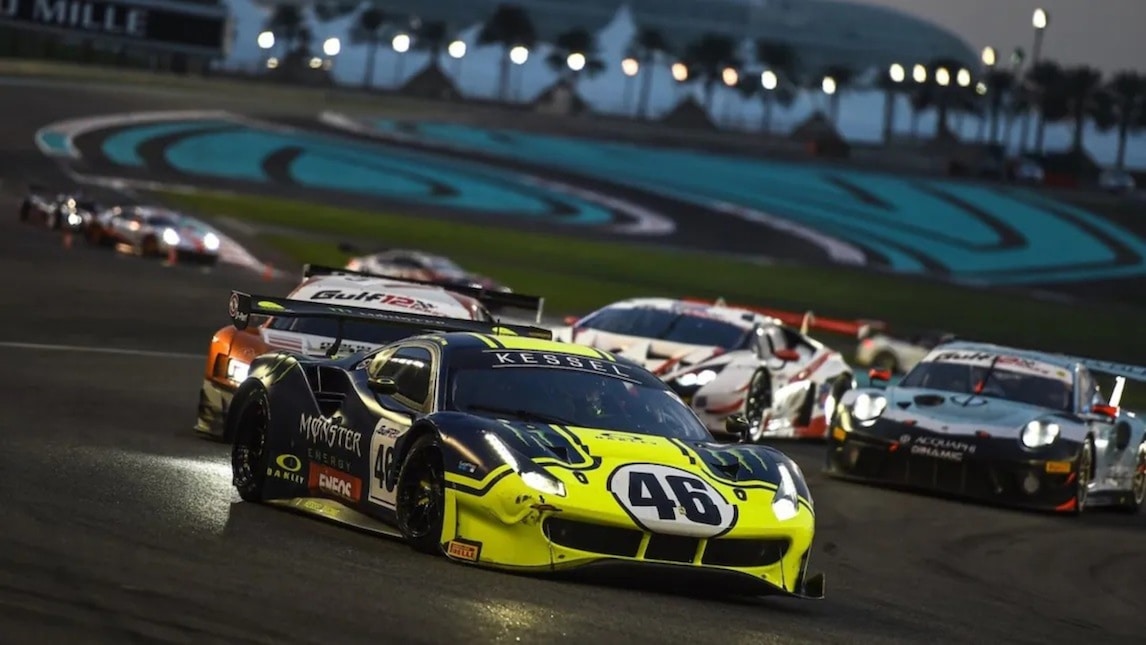 The nine-time world champion will take part in the endurance race aboard team Kessel’s Ferrari 488 GT3. He will be joined by Alessio Salucci and Luca Marini

Valentino Rossi’s ‘second’ career kicks off in Abu Dhabi as he prepares for life as a racing driver after having bid farewell to the MotoGP paddock.

The Italian will be at the Yas Marina track on 7-8 January to participate in the Gulf 12 Hours, a four-wheel endurance race now in its tenth edition.

The Italian will drive the Ferrari 488 GT3 belonging to the Monster VR46 Kessel Racing Team, taking turns at the wheel with Alessio Salucci and Luca Marini. The team will be entered in the Pro-Am class, the same category in which the trio was able to win in 2019 (third overall).

The grid will comprise 15 cars, including 12 of the best GT3 vehicles. The manufacturers competing are Mercedes, Ferrari and Audi.

How to watch the race

The tenth edition of the Gulf 12 Hours will be live streamed on the event’s official website and on its Facebook and YouTube channels. Here is the schedule (CET):

Petrucci with Ducati in MotoAmerica: a prelude to the World Championship?